Foreword to Kanban: Successful Evolutionary Change for your Technology Business

Don Reinertsen's foreword to the Kanban: Successful Evolutionary Change for your Technology Business or why should you explore Kanban Method and the Kanban Maturity Model (KMM).

This text was written by Don Reinertsen back in 2010 as a foreword to the famous "Blue book" - Kanban: Successful Evolutionary Change for your Technology Business. A lot has changed since that time. Kanban Method is now widely recognized as an alternative way to agility. With time, much of what Don mentioned has since become what we now call "the myths of Kanban". We are publishing this foreword separately now to remind you why you should familiarize yourself with the Kanban Method and the KMM as their emergence shaped what the modern agile world looks like now.

"I always pay attention to David Anderson’s work. My first contact with him was in October 2003, when he sent me a copy of his book, Agile Management for Software Engineering: Applying Theory of Constraints for Business Results. As its title implies, this book was heavily influenced by Eli Goldratt’s Theory of Constraints (TOC). Later, in March 2005, I visited him at Microsoft; by this time he was doing impressive work with cumulative flow diagrams. Later still, in April 2007, I had a chance to observe the breakthrough kanban system that he had implemented at Corbis. I trace this chronology to give you a sense of the relentless pace at which David’s management thinking has advanced. He does not get stuck on a single idea and try to force the world to fit it. Instead, he pays careful attention to the overall problem he is trying to solve, stays open to different possible solutions, tests them in action, and reflects on why they work. You will see the results of this approach throughout this new book. Of course, speed is most useful if it is in the correct direction; I am confident David is headed in the right direction. I am particularly excited by this latest work with kanban systems. I have always found the ideas of lean manufacturing more directly useful in product development than those of TOC. In fact, in October 2003 I wrote to David, saying, “One of the great weaknesses of TOC is its under-emphasis of the importance of batch size. If your first priority is to find and reduce the constraint you are often solving the wrong problem.” I still believe this is true. In our 2005 meeting I again encouraged David to look beyond the bottleneck focus of TOC. I explained to him that the dramatic success of the Toyota Production System (TPS) had nothing to do with finding and eliminating bottlenecks. Toyota’s performance gains came from using batch-size reduction and variability reduction to reduce work-in-process inventory. It was the reduction in inventory that unlocked the economic benefits, and it was WIP-constraining systems like kanban that made this possible. By the time I visited Corbis in 2007 I saw an impressive implementation of a kanban system. I pointed out to David that he had progressed far beyond the kanban approach used by Toyota. Why did I say this? The Toyota Production System is elegantly optimized to deal with repetitive and predictable tasks: tasks with homogeneous task durations and homogeneous delay costs. Under such conditions it is correct to use approaches like first-in-first-out (FIFO) prioritization. It is also correct to block the entry of work when the WIP limit is reached. However, these approaches are not optimal when we must deal with non-repetitive, unpredictable jobs; with different delay costs; and different task durations—exactly what we must deal with in product development. We need more advanced systems, and this book is the first to describe these systems in practical detail. I’d like to offer a few brief warnings to readers. First, if you think you already understand how kanban systems work, you are probably thinking of the kanban systems used in lean manufacturing. The ideas in this book go far beyond such simple systems that use static WIP limits, FIFO scheduling, and a single class of service. Pay careful attention to these differences. Second, don’t just think of this approach as a visual control system. The way kanban boards make WIP visible is striking, but it is only one small aspect of this approach. If you read this book carefully you will find much more going on. The real insights lie in aspects like the design of arrival and departure processes, the management of non-fungible resources, and the use of classes of service. Don’t be distracted by the visual part and miss the subtleties. Third, don’t discount these methods because they appear easy to use. This ease of use is a direct result of David’s insight into what produces the maximum benefit with the minimum effort. He is keenly aware of the needs of practitioners and has paid careful attention to what actually works. Simple methods create the least disruption and almost always produce the largest sustained benefits. This is an exciting and important book that deserves careful reading. What you will get from it will depend on how seriously you read it. No other book will give you a better exposure to these advanced ideas. I hope will you enjoy it as much as I have."

That’s Not a Typo- The KMM Social Entropy Poster 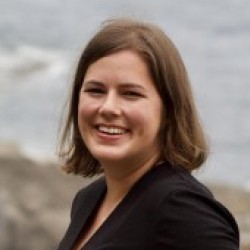 1 min read
Q&A session with Anna Radzikowska is now available in recording. Find out the answers to the most popular Kanban questions!
Jul 04, 2022
Diana Deriazhna Diana Deriazhna
Great! Next, complete checkout for full access to Kanban Maturity Model Blog.
Welcome back! You've successfully signed in.
You've successfully subscribed to Kanban Maturity Model Blog.
Success! Your account is fully activated, you now have access to all content.
Success! Your billing info has been updated.
Your billing was not updated.